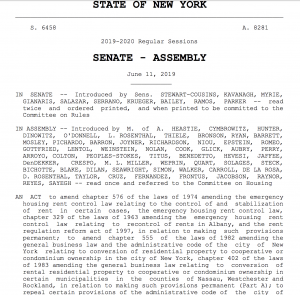 According to the New York Times, the new legislation would be changed or abolished. This includes: